Between the Sunset and the Sea

Its not often I write a book review, in fact I can't remember ever having written one before. Thats probably got something to do with the fact that I don't do a lot of reading. I normally take a book away on expeditions and read it on the plane or whilst sitting at airports but that only dispatches two or three each year and many are left half finished.

This time of year is quiet for outdoor instructors. I tend to either hibernate or head to the Alps in December and this year I am hibernating. I keep threatening to head North to Scotland but after not trying very hard to find climbing partners so far I have convinced myself that its too windy and too wet. Its a good opportunity to give tired joints a rest, play at the climbing wall and to catch up on admin. Which is why I have started reading a book.

Between the Sunset and the Sea is written by Simon Ingram. He is the editor of Trail Magazine but no I didn't get it for free. I bought it online. The fact that I know Simon was probably part of the reason that I bought the book but its not the reason I'm recommending it to you.

The book is a journey through 16 mountains, from South Wales to Northern Scotland and written from the perspective of someone who has a self professed fear of heights but a deep appreciation for the history of the mountains. This book is written by someone intelligent, far more intelligent than the person currently reading it. I have read some of Simons work in Trail but by the end of the first chapter in this book I realised he was far more than a magazine editor - he is a wordsmith.

Simon will take you on a physical, psychological and historical journey on each mountain that he climbs. My favourite chapter so far is the one dedicated to Crib Goch.

"Its an angrier landscape than the Lake District, and more claustrophobic than the Scottish Highlands, one of geological menace and home to a more chilling breed of outdoor adventure than the Lake District's cuddly persona. It seems to say that if you want to find small animals wearing floral dresses and drinking tea, go to the Lakes. If you want dark, cold rock that hates you, go to Snowdonia"

I also enjoyed his description of mountain vernacular.

"A certain amount of understatement is required if you want to capture the severity of the task at hand in a suitably humble manner: hence frequent use of, for example,  "a bit rough", "a lively wind" and "a couple of interesting bits" to describe something that most people would describe as twelve hours spent on a terrifying cliff in a hurricane."

Its not a book you will read from cover to cover without wanting to put it down - its more intelligent than that. You will want to read a chapter whilst sat in your favourite wing back chair and drinking a glass of port. You can then look forward to repeating the process the following evening, by my reckoning giving 16 glasses of port to enjoy in the process! 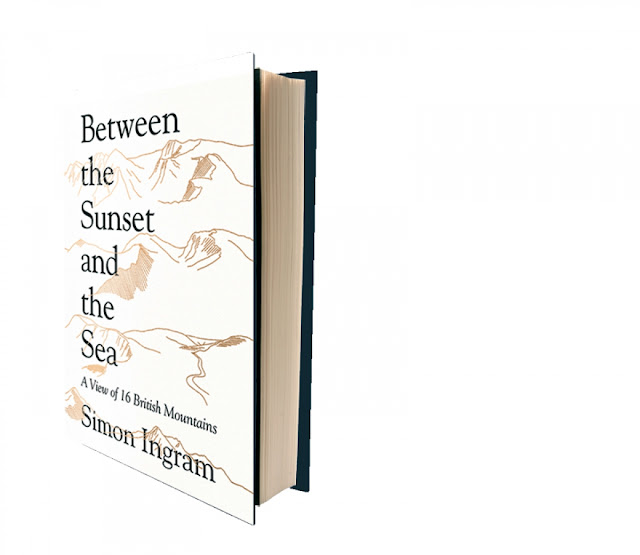