Happy New Year, life in the mountains was superb in 2013 with great company, great weather and of course some stunning days out. Heres to 2014 being even better!

It has been snowing heavily on the Scottish mountains over the festive period and I have spaces on two day and five day winter skills courses in January so come and make the most of some great winter conditions. I have 2 spaces from the 6-10 January on this course: http://www.expeditionguide.com/winterskills.php and 1 space on the 18/19 January on this course: http://www.expeditionguide.com/winterskillsweekend.php

Come and join the adventure!

New Film - A Year in The Mountains


This year has been superb, we had a great winter with lots of snow and ice followed by a beautiful long hot summer. Throughout the year I have been filming away with my GoPro and this is the result! I hope you enjoy it, perhaps you are in it, and heres to next year!
No comments: Links to this post

I am back in Wales now and have been out with Jim today on the Clogwyn Y Person Arete, a great grade 3 scramble that leads nicely onto Crib Goch which we descended via its North Ridge to give a lovely day out on dry rock and in the winter sunshine. 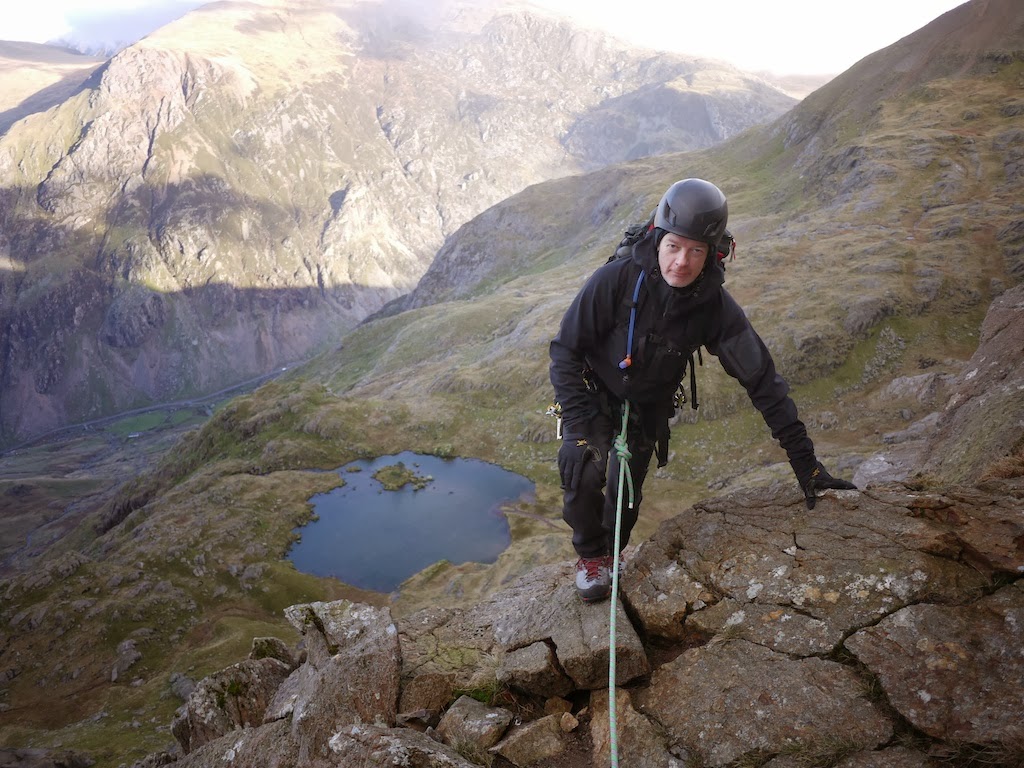 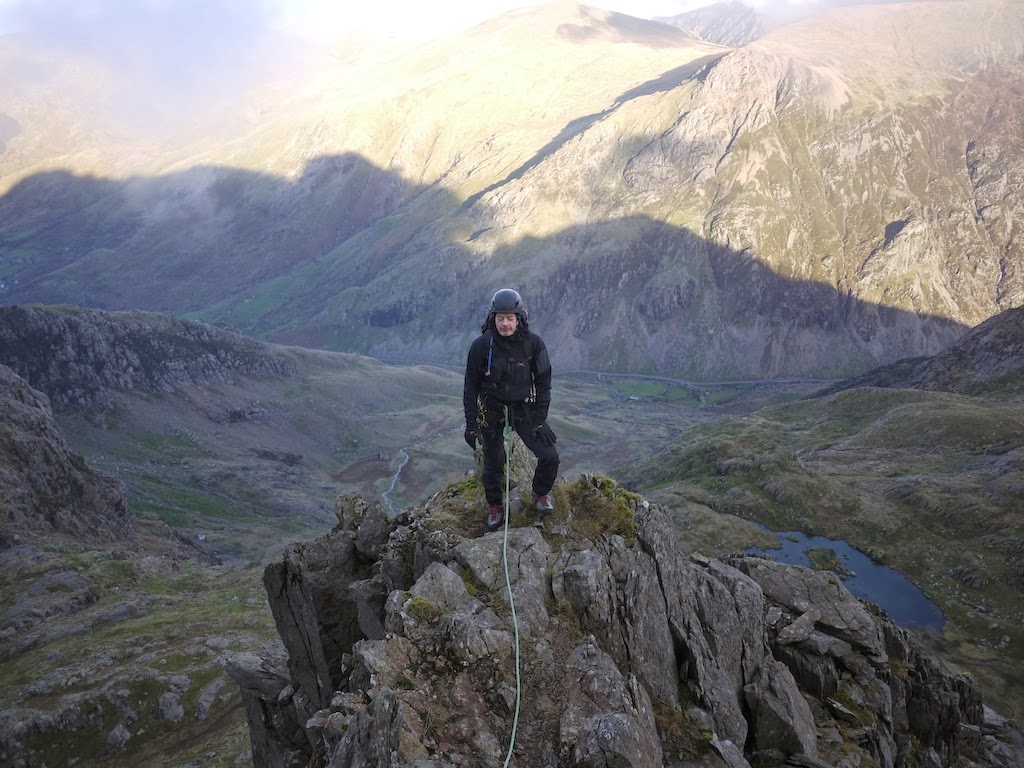 For our last day in the Alps on Friday Bryn and I enjoyed a ski tour from the village of Le Tour down to Vallorcine. The snow was quite thin but we enjoyed a nice skin in the morning sunshine and a partial ski descent before having to carry the skis through some beautiful forests down into the village where we managed to hitch a ride back to the car. 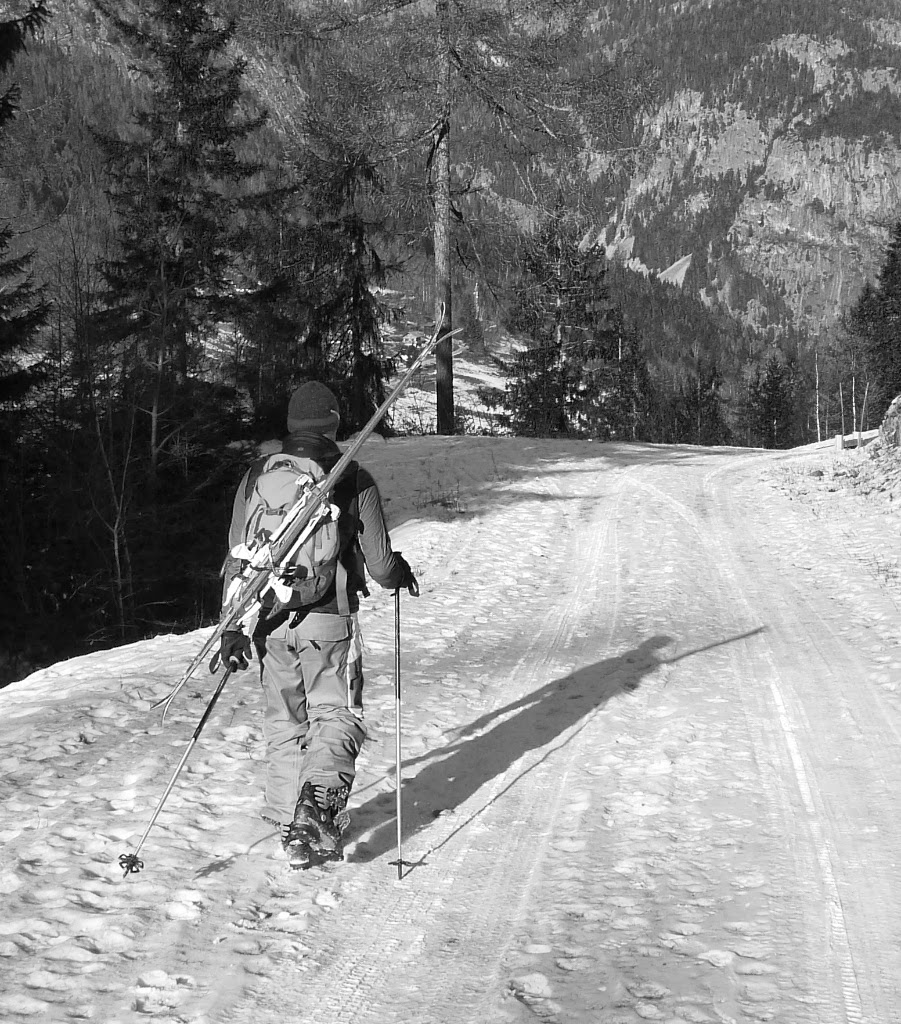 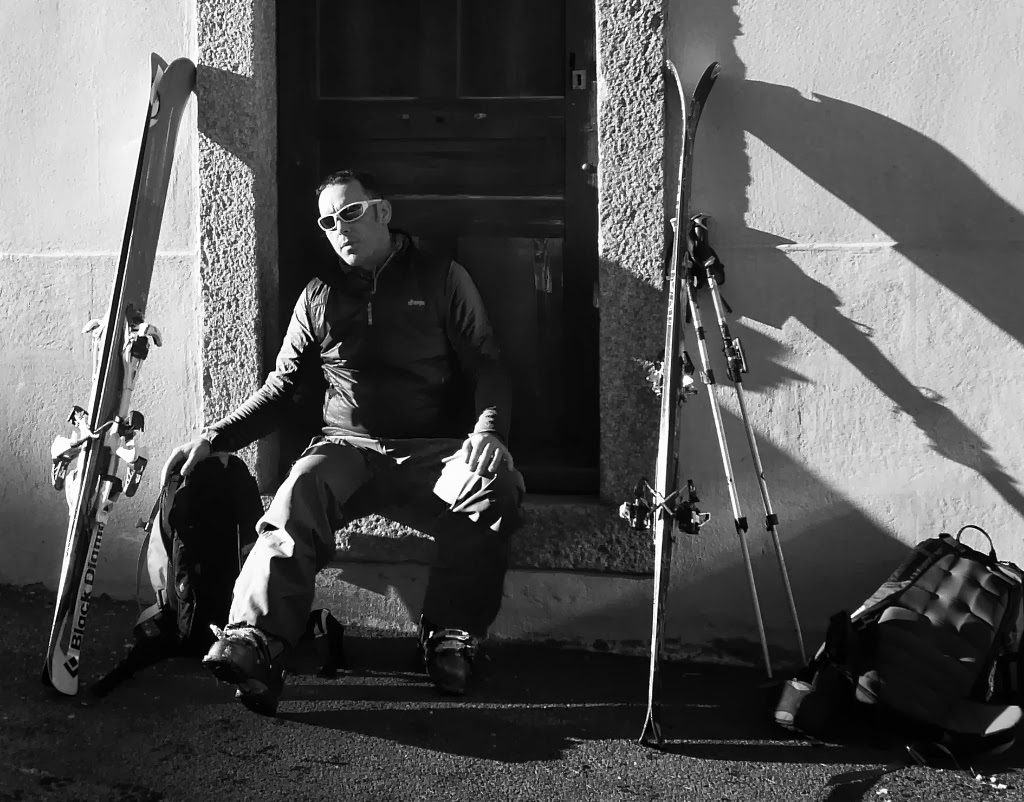 We spent Saturday with friends and then Kate and I took the boys down to Windsor for a couple of days where we visited Lapland UK, the closest we have to snow at the moment without going North of the border to Scotland! 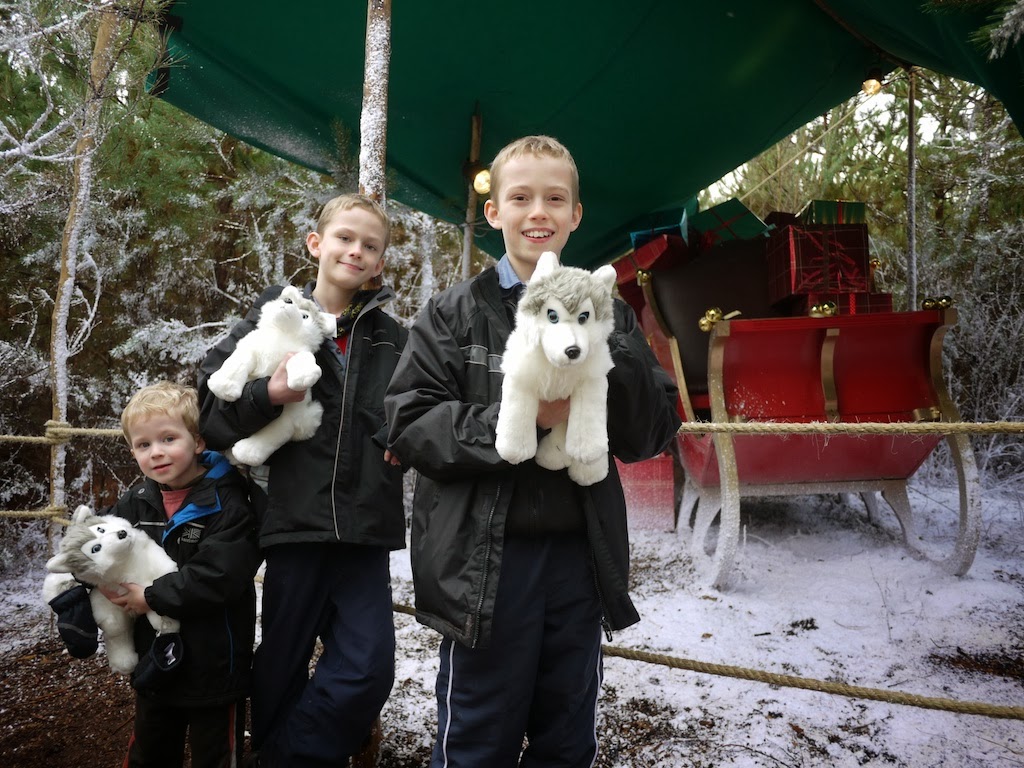 The boys with gifts from Father Christmas posing by his sleigh!

The forecast for the Scottish Highlands is now looking suitably wintery with blizzards due over the next couple of days, dumping some snow down for our forthcoming winter skills courses!

It has been stunning weather here in the Alps the last couple of days. Yesterday we headed to Italy and skied at La Thuile whilst today the international theme continued as we headed to Switzerland and the resort of Verbier. Blue skies, white mountains, good company, what's not to like! 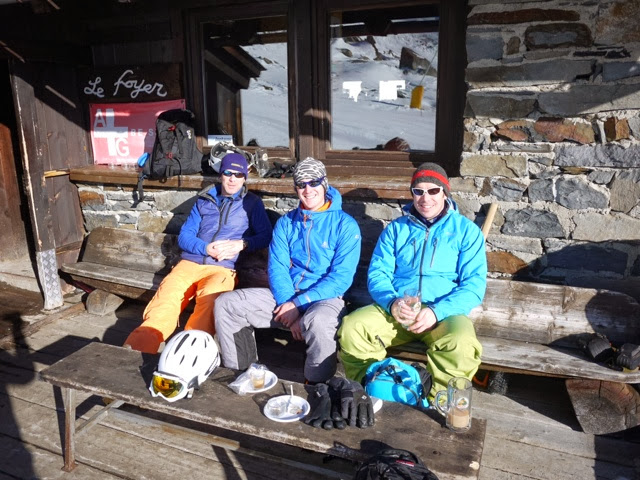 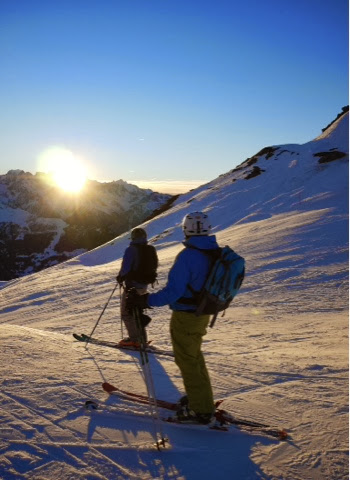 I am in the Alps this week for some early season skiing. Today was spent at the Grande Montet and we had a beautiful sunny day although it hasn't snowed for a week or so which means we could do with some fresh! 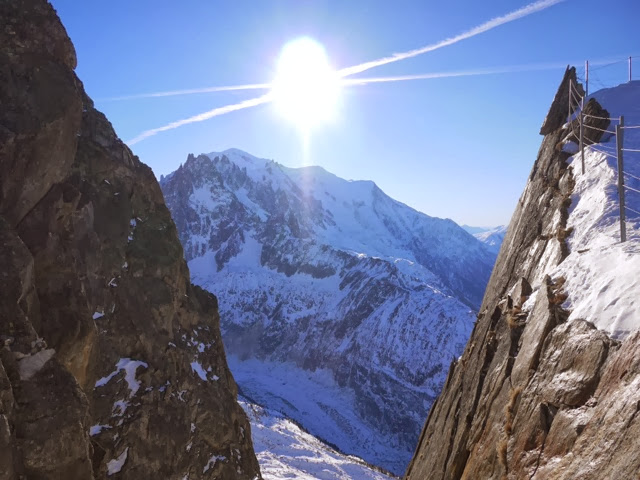 This week I have been working in the Atlas Mountains of Morocco and was joined by Barry, Richard, Allan and Al as well as fellow instructor and friend Paul. We based ourselves at a mountain hut at 3200m and over the week enjoyed 100% summit success on four 4000m summits including Toubkal, the highest mountain in North Africa. We had a very sociable week as the Llanberis MRT were also in the hut for the week, as was friend and guide Twid Turner with a client along for a week of ice climbing.
We enjoyed some ice cragging on a rest day in the middle of the week just 200m from the hut and of course the obligitory night out in Marakech last night! I am off to Chamonix now for a week of early season skiing. 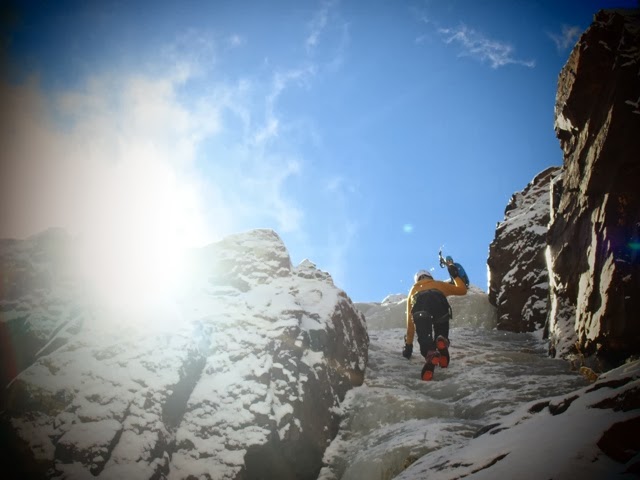 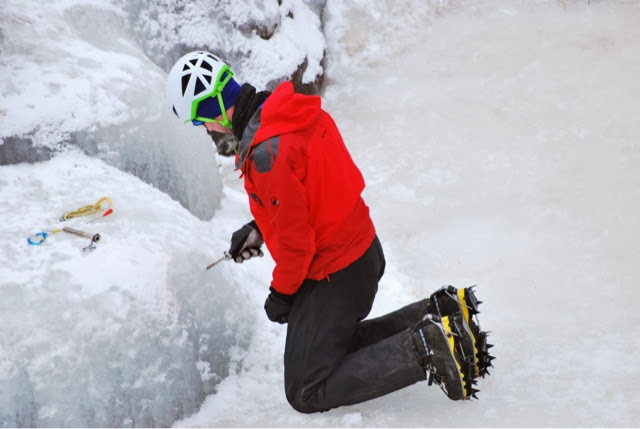 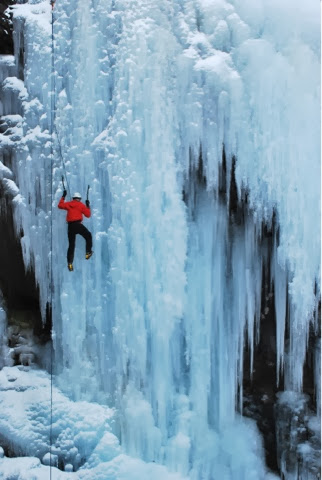 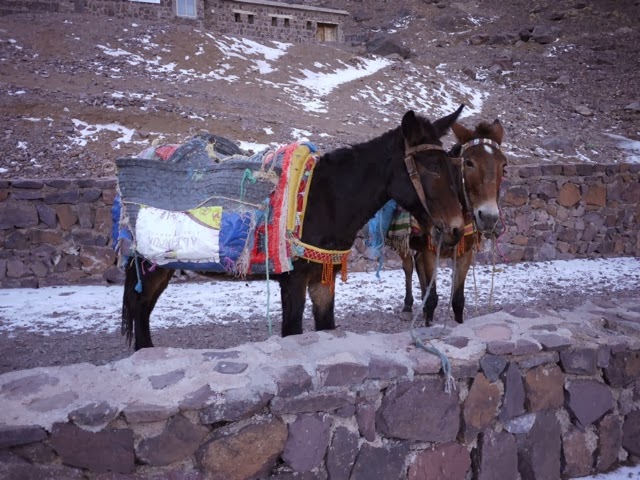 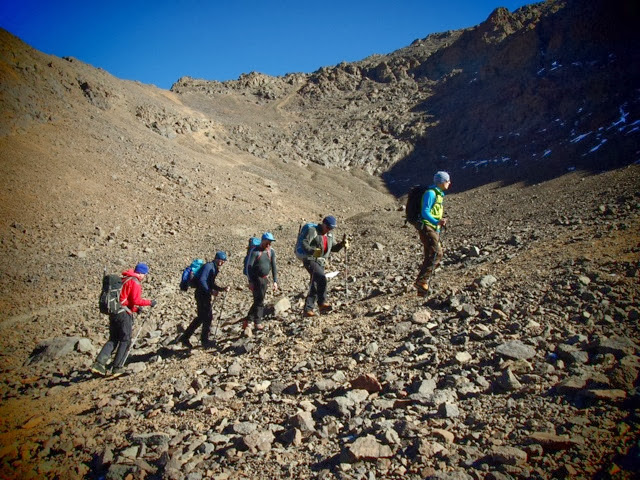 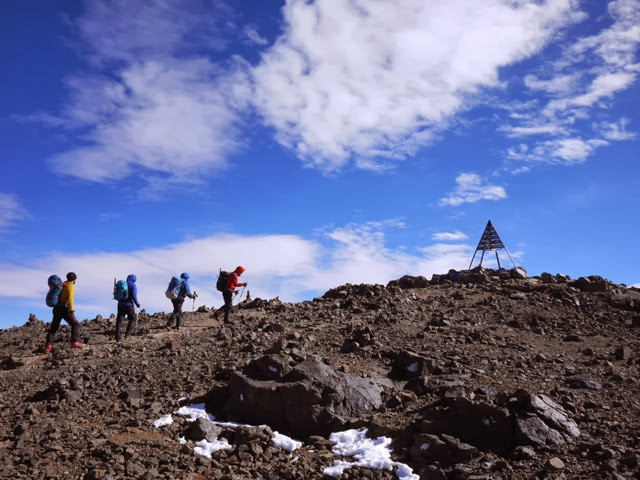 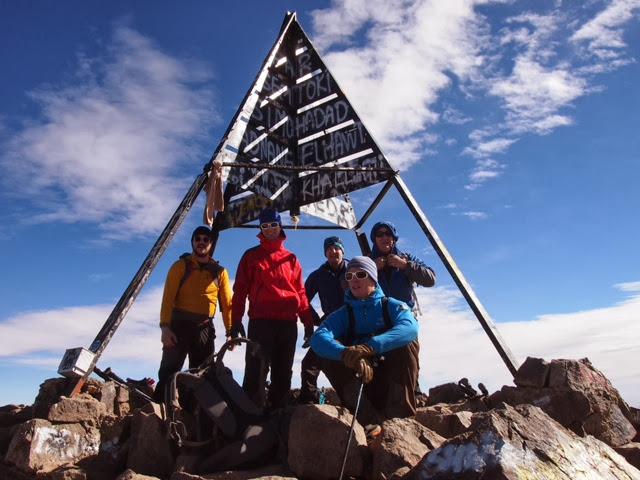 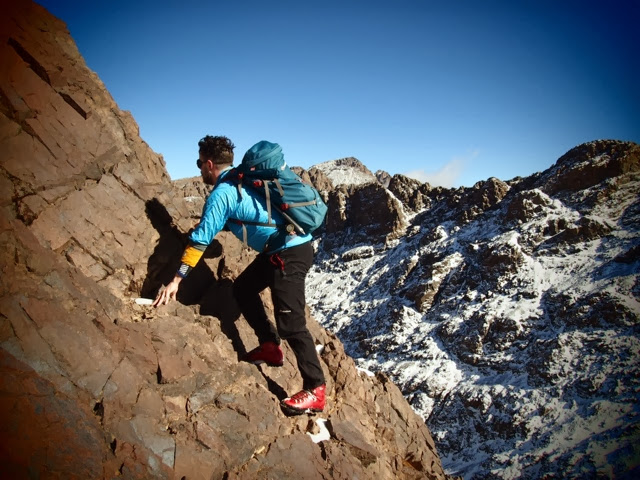 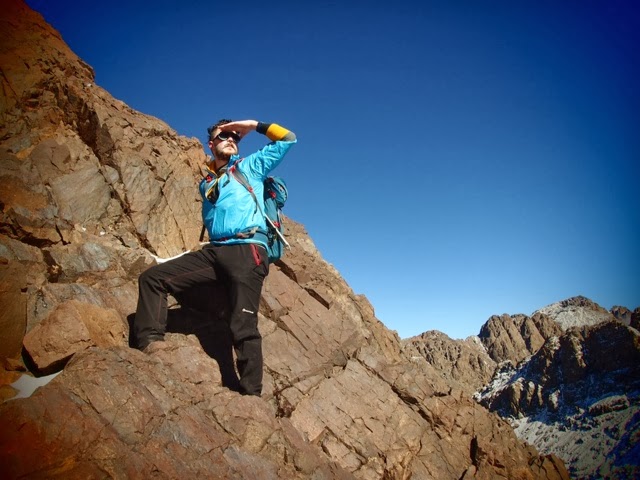 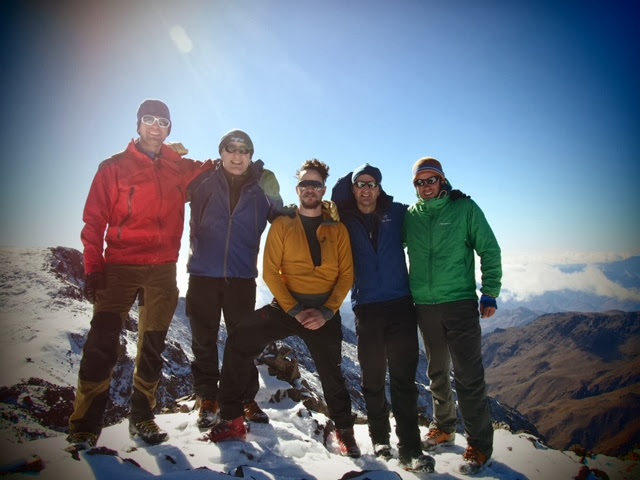 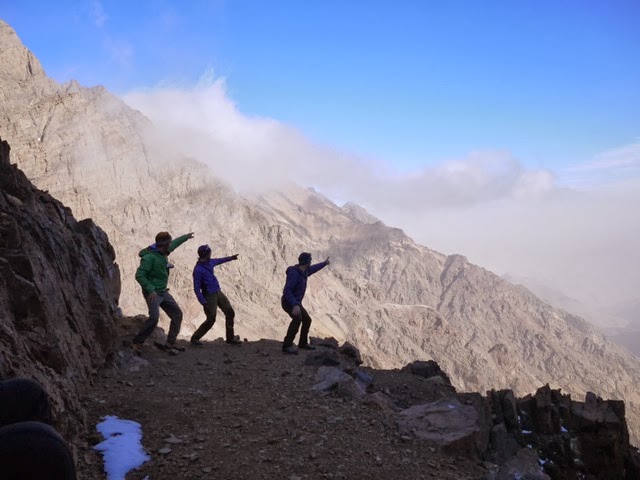